The FIVE Hallmarks of Humility 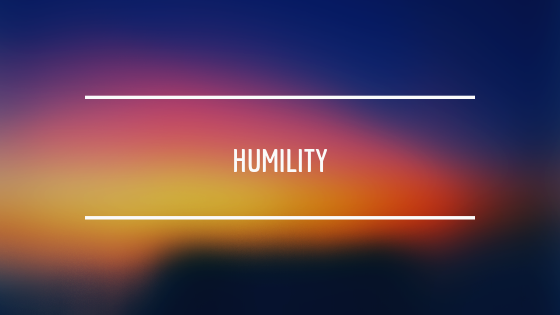 Humility, or being humble, is a characteristic which is sometimes perceived to be a barrier to success, a weakness even. It can suggest that you sell yourself short. That you put yourself down when comparing against others. That you don’t think as highly of yourself as you should. And can result in personal behaviors and attitudes which don’t exactly talk to your strengths or show your best side.

However, this is misleading. Because inner humility – the kind of that comes from within, rather of that what you might display outwardly – isn’t like this. Inner humility from the perspective of neuroscience and the brain is a positive asset that should be considered as highly desirable, sought after, and encouraged throughout an organisation.

So what do we mean by humility?

In lay terms, humility means being modest, but from a scientific perspective, researchers have identified what they call the “hallmarks” of humility.

There are five main hallmarks which have been identified, and it makes fairly impressive reading.

Moreover, from the perspective of an organisation, employing people who score highly on humility means you are on your way to creating working environments which are strong, stable and enjoyable to work in. Where the workplace isn’t dominated by over-inflated egos, arrogance or putting others down, but is instead based on values of equality, resilience, and a drive for self-improvement (to name a few).

So how can you improve humility in yourself or others?

Researchers don’t yet know all the answers, but one pointer that they do provide is that of expressing gratitude – in other words, the ability to recognize and acknowledge that you have benefited from the actions of others. For example, studies have shown that there is an upward spiral between gratitude and humility. That they are mutually reinforcing. Moreover, by showing gratitude, even by a simple act such as writing a letter of thanks, you are in turn helping to improve your humility.

More generally, humility is one of a whole set of prosocial behaviors and attitudes which facilitate positive social interactions between employees and which can, therefore, be beneficial to an organisation. They help to build better teams. They promote empathy between individuals. They strengthen client relationships. They improve productivity. And they create a more pleasant working environment. A win-win all round.

Request a Brochure for the Optimising Leadership Programme