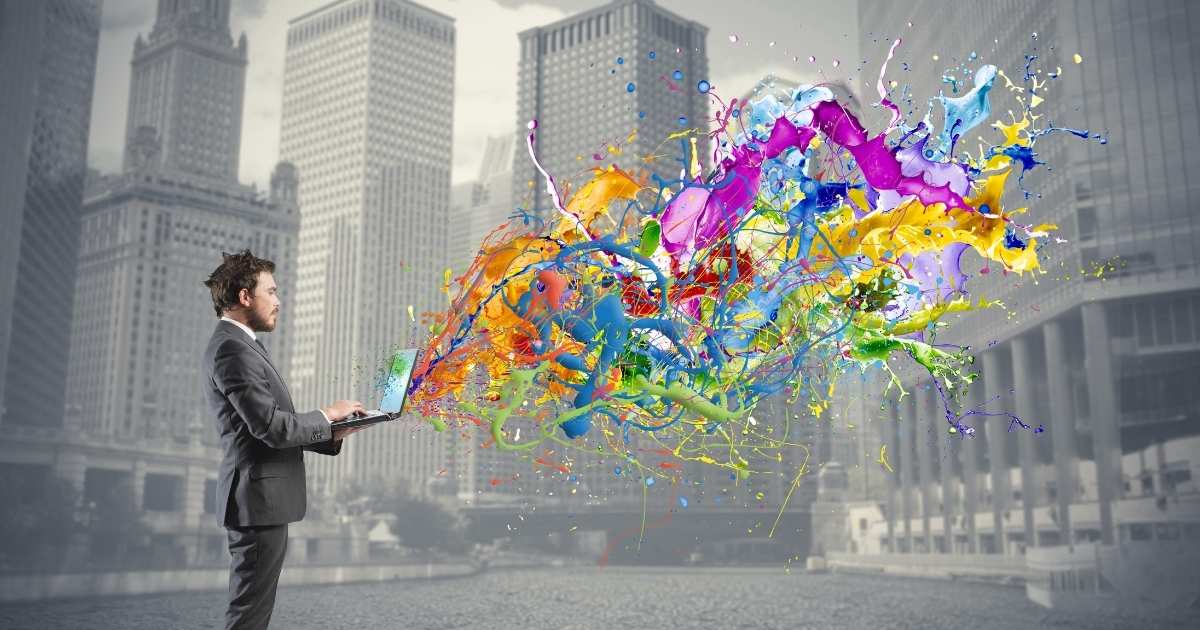 Tracking and boosting creativity in the brain

Thinking creatively isn’t just about generating novel thoughts, it is about suppressing obvious ones too. This isn’t anything new. It is obvious in fact. We already know from previous creativity research relating to what’s called the “Einstellung effect” that sometimes your good thoughts block your better ones. And we know that many of us tend to think down well worn neural pathways, rather than making new “long-range” connections between previously unrelated concepts – one of the key elements to generating a novel idea.

This finding has been supported from many studies  – using tasks such as the remote-associate test – which highlights the importance of suppressing obvious, “strong” associations, in favour of less obvious “weak” ones which may be the source of your next great creative idea.

But now people have been able to show how this suppression process actually works in the brain. And more interestingly, they have actually been able to artificially augment someone’s creativity by boosting the very neural processes which support this suppressive mechanism.

More specifically researchers have shown that increasing brain oscillations (“waves”) within the alpha frequency band (~8-12Hz) in a region of the brain located in the right temporal cortex helps people to suppress their more obvious and misleading associations when they are performing a creative task. The idea is that having higher levels of these alpha oscillations suppresses theses unwanted ideas – the obvious associations – and therefore frees up the brain to generate less obvious or more remotely connected ideas.

They demonstrated this using a special tool called transcranial alternating current brain stimulation (tACS) which is where a small electrical current is non-invasively applied to the brain. They also combined this with electroencephalography (EEG) to monitor the ongoing brain activity and track what was going on as people performed the creative thinking task.

By applying this electrical current in the alpha frequency range, the researchers were able to artificially augment the amplitude of the natural alpha oscillations in the brain in this temporal brain region. When they did this, they found that people came up with more creative associations, compared to obvious ones. For example, when coming up with the use of an everyday object (e.g. brick), you can think of a more obvious use (e.g. wall) or a less obvious use (e.g. paperweight). The scoring of how “creative” (i.e. less obvious) their uses are acts as a metric of their creative performance.

Their research was, therefore, able to show that these right temporal alpha oscillations play a critical role in our ability to override habitual, but misleading, associations during creative problem solving, therefore facilitating our ability to think along neural “paths less travelled”.

Studies such as these also provide preliminary evidence that it may be possible to potentially augment in-built cognitive processes by artificially stimulating the brain.

Low-current stimulation techniques such as transcranial alternating current brain stimulation (tACS) are broadly confined to the lab at the moment, although there are also commercial-grade headsets (e.g. Thync, Halo, platoscience) which try and gently modulate on-going brain activity (in the case of Thync to promote relaxation, Halo to improve motor skills, platoscience to boost cognitive performance and there are many others emerging in the marketplace all the time).

However, as tACS is still a relatively new research tool, there is still a lot of uncertainty as to the efficacy and reliability of such devices in the commercial domain. Also, ethical and safety considerations mean that extreme care needs to be taken in their development and commercialization.

The future of brain stimulation

Despite these concerns, it is likely that commercial devices which build on techniques such as tACS are likely to become ever-more present in the consumer marketplace.

And as there is more research conducted to demonstrate which are the most effective ways of boosting brain functioning over the short and longer-term, they may potentially offer one route in the future to benefit elements of cognitive or emotional functioning within the context of everyday behaviour and creativity.

Giving you an instant neural lift that could even help you generate your next breakthrough idea.

If you would like to find out more about how neuroscience know-how is being translated into consumer devices in the marketplaces then please get in touch with us at Synaptic Potential.

Tweet
Tweet
← Prev: How to Find Motivation Next: How Does Our Attention System Work? →
BACK TO ALL ARTICLES 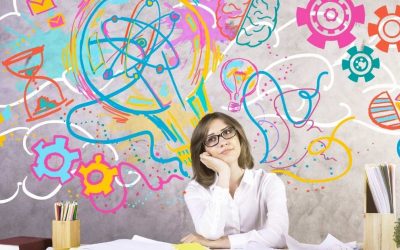 Creativity. Is Your Intelligence Having Fun? If I asked you to name a famous person who you thought has (or had) a... 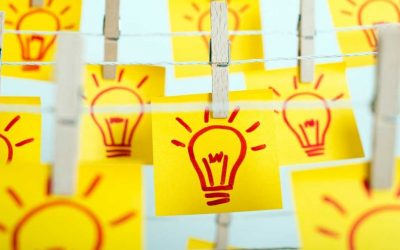 There’s a treatment for phobias called ‘systematic desensitization’. If you had arachnophobia and I placed a spider on...